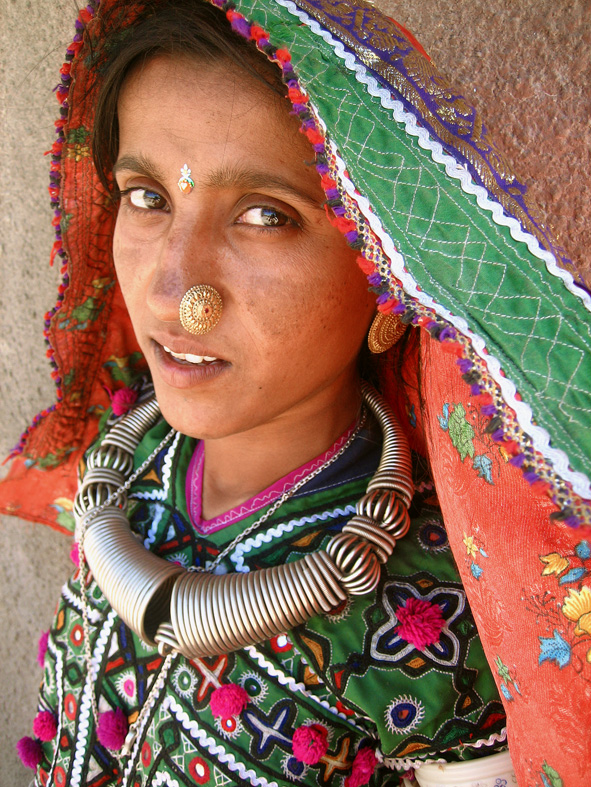 I first met Latha at Mumbai Central station last year. Her stunning looks, intelligent eyes and traditional clothes drew my attention. She saw me waiting outside the unreserved ladies compartment, looking lost, and held out her hand to help me push my way in.

She had paid a porter 100 rupees in advance to reserve a seat for herself and invited me to squeeze in next to her. By the time the train chugged out of Dadar we had finished with our introductions and exchanged pleasantries.

I was on my way to Ahmedabad to visit my mother. It was a last minute decision and flights were expensive. My wait-listed train ticket was not confirmed and, in desperation, I had been contemplating travelling unreserved, when Latha came to my rescue.

Latha lives in Mumbai, just like me, and was visiting her parents in Ahmedabad. I probed further.

She said, “My parents got me married when I was only 14 years. I have two teenage children, Anjali and Vishal, who don’t give me any trouble. My husband drives an auto and I cook in a couple of houses to contribute to household expenses. Sab achcha chal raha hai.”

I wondered if she really meant that.

“Anjali is in junior college and wants to study at IIT, inspired by her cousin who joined three years ago. She has been a good student throughout. Vishal is in class 9 and more interested in football. He was picked up by Oscar Foundation to play for their club.”

I admired her beautiful clothes and jewellery. She said she normally did not dress like that but she was going for her niece’s wedding.

I was totally unprepared to travel unreserved, so hadn’t carried any food with me. On the other hand, Latha had came fully prepared and shared with me her delicious makkai parathas with green chilly pickle. I complimented Latha on her culinary skills. She confessed that she always enjoyed cooking even as a child but got better with training by the Gujarati and Maharashtrian memsahibs she works with.

During the course of the journey, I learnt that her first love was music but she didn’t get to sing much in Mumbai, so was losing touch. She was looking forward to sing at the wedding, along with her sisters and cousins. At that point the other ladies joined in the conversation and insisted that Latha sing for us and she willingly obliged.

She had a rich and beautiful voice and her face acquired a gentle glow when she was completely immersed in the singing. She sang a number of catchy Lambada folk songs and a couple of Bollywood numbers. Soon, many of the ladies joined her in the chorus. The camaraderie in the compartment was such that I completely forgot about my discomfort, with my thoughts drifting to how can one let such talent go waste.

Early next morning, we parted ways after exchanging mobile numbers, when the train reached Ahmedabad. I don’t know about Latha, but I certainly wanted to stay connected with her.

Six months passed with Latha and I getting busy with our own routines. One day I met Revathi, the Principal of Shloka School, who excitedly told me about her new project on Indian folk music. My mind immediately went to Latha and how much she would enjoy being part of this project.

I scrolled through my phone until I reached L – Latha. Eagerly, I dialled the number.

Her voice sounded musical even through the instrument. But when I explained the project and the role I wanted her to play in it, she was silent. Finally, she sighed.

I could understand her hesitation. So I said the only thing I could possibly say.