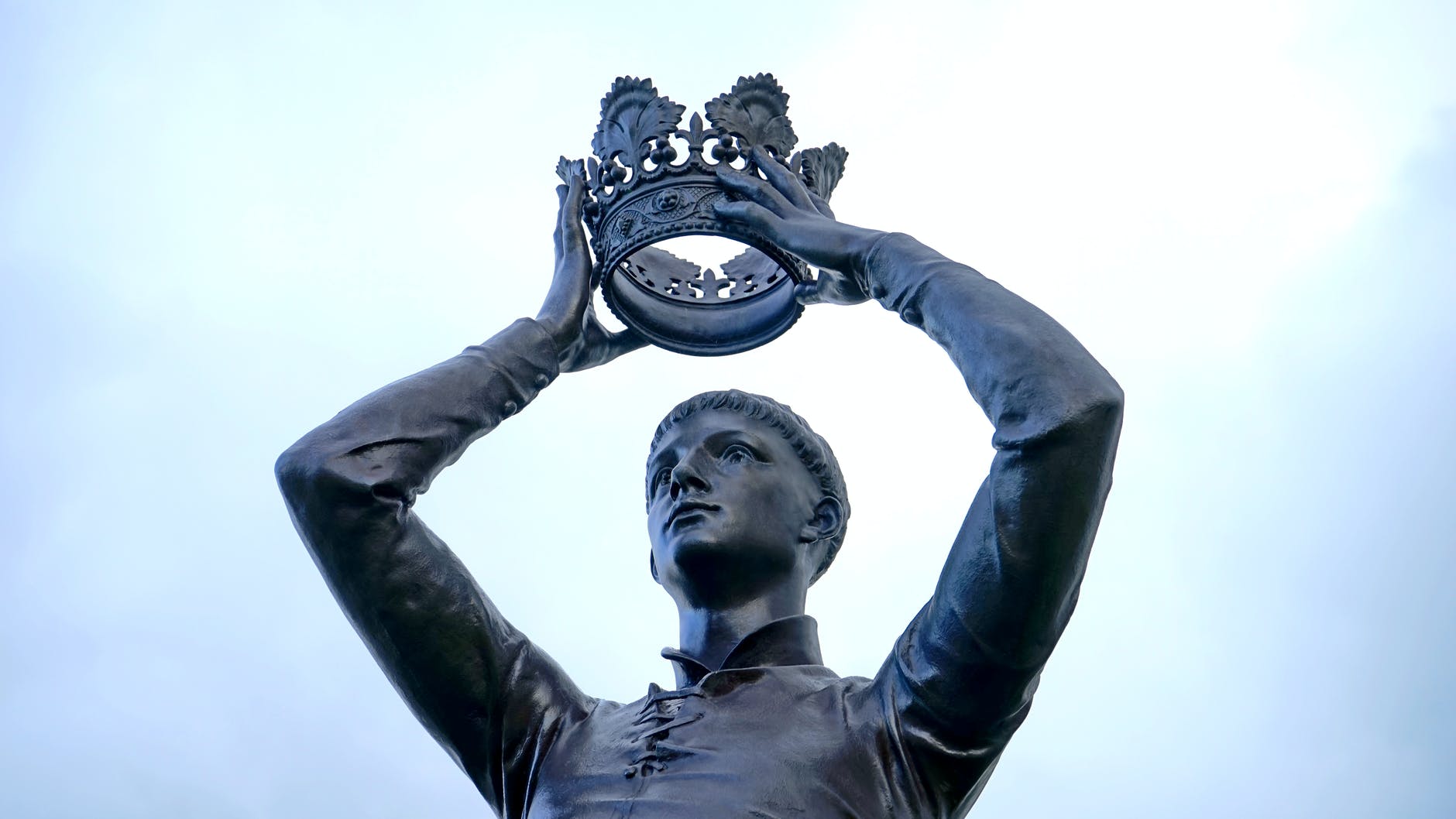 The school bell rang and all the children scrambled to their classes. The smell of fresh books and stationery wafted in the air, mingled with the aroma of newly unpacked raincoats which carried a feeling of fresh beginnings. School had just reopened after the summer vacations and the children were excited to meet their friends after two long months of a scorching summer.

“Samar, where did you go during these vacations?”, Mihika asked her best friend.

“Mihika, this time I told dad that I don’t want to visit my grandparents in Dehradun, for heaven’s sake. That house smells of old teak furniture which they have been saving and gaping at since Papa’s childhood. Time people grew up and moved to modular furniture yaar”, Samar smirked.

“I threatened to throw away my Ipad in the swimming pool, if he didn’t take us on an international trip this time”, he boasted, while Mihika stared at him through her large eyes filled with admiration. The rest of the gang roared with laughter at their gang leader’s cunning and presence of mind in extracting the maximum possible from his wealthy parents.

Samar was the only child of Mr. and Mrs. Kapoor who were touted as the Power Couple in corporate circles with the leading business publication ‘Bizwhiz Today’ having done a cover feature on them. Mrs. Kapoor was the CHRO of a top-notch pharmaceutical company, while Mr. Kapoor was expected to become the next CEO of Pillai Industries, the leading biotechnology major in the country and a Fortune 100 company.

Needless to say, Mr. Kapoor was riding on a wave of success which had been a function of his years of toil and streak of brilliance, which he had displayed right from his early days as a fresh graduate from the country’s premier B-schools. Mrs. Kapoor had been his classmate at the same institute and had shone brightly in her field too. Samar was the apple of their eye. And an entitled brat, if there ever was one.

“Mom! This birthday, I will be giving I-pads to my friends as return gifts!”, Samar announced as he entered the house that evening. “We were discussing the latest gadgets after our tennis class today, and I realized that my friends haven’t even heard of the latest I-pad model!”

A harried Mrs Kapoor, working on some spreadsheets, nodded her head absent-mindedly.

“It will blow their minds when they open the return gifts…Samar Kapoor’s birthday will be etched in their memories forever!”

He was already savoring the looks of devotional admiration from his group of friends, rather, his followers.

Samar’s birthday invitation postcards arrived from the event management company who had been hired for organizing his birthday in the city’s top 7-star hotel. They were beautifully done in shades of deep Prussian blue, etched with gold. But Samar looks dissatisfied.  He had wanted the theme to be grey and gold, which his mom wouldn’t allow.

“Samar, grey or black is an inauspicious color, beta! I can’t have my darling son’s birthday theme with that color!”, she had admonished indulgently.

Samar sulked as he looked at the cards in his hand. The event manager has embossed the names of his friends in gold on each card as per the list which he had sent them over email. As he went through the names, one card held his attention. He scowled. He had never given this name; then how did the agency make this blunder?

“Mommmm!!”, he yelled from his room, but receiving no answer, stormed into her room. Mrs. Kapoor was in an international video call so the only response he could get from her was to check with his dad.

“Dad! Who added this name, to the list?”, Samar was livid.

Why were his parents interfering in his personal decisions?

“I have added this name, Samar”, Mr. Kapoor looked up from his work and answered nonchalantly.

Samar recognized the tone of finality in his father’s voice and knew that any further arguments from his end would not be tolerated.

The next day at school, everyone was in high spirits, especially those who had received the much sought-after Blue-and-Gold envelopes. Some who didn’t make it to the list were forlorn and being consoled by other peers. The look of dejection on their face was understandable since this was an invitation for a highly anticipated annual event.

But one more face sulked like them and it was Samar’s.

Mihika placed her hand on his shoulder, asked in her most charming voice, “Why is the shehzada sulking?”

Samar handed her the last envelope with a raised eyebrow. “See, who’s name is printed on this! And Dad doesn’t want to hear a word from me about it. Such a shame this is yaar!”

“Venu!!!!!”, Mihika exclaimed, slapping her forehead with one hand. “This is going to be a black-mark on your celebrations!”

Venu was the tall, dark, bespectacled boy in the class, who was not just the most non-assuming one, but also the plainest one. He had joined the school just a month ago and rumor went that the principal had himself convinced Venu’s parents to admit him in the school.

“What a weirdo!” Samar and his friends often remarked, giving Venu the royal ignore. I mean, really!

Venu came to school in his father’s Maruti car and carried his tiffin unlike the other students who had maids or attendants deliver freshly cooked tiffin at lunch time.

The guy didn’t have any friends in class, but that wouldn’t deter him or make him feel left out. He was seen chatting with the school peon, the gardener and the watchman. His main pastime was hanging around in the library, with his nose buried in a book.

“He doesn’t even have a social media account,” said Mihika. “Such a nerd!”

Samar rolled his eyes as all these thoughts zipped into his mind.

“What will the bugger do at my party? What will he even wear??” wondered Samar, with an involuntary shiver.  It was hard to imagine the country bumpkin in the midst of the cool crowd.

But hey, they would simply ignore him, as always…

The day of the party dawned and Samar looked dapper in his tailor-made three-piece suit. The hotel banquet décor was blue and gold and matched the theme. Drinks flowed freely as suave-looking waitresses glided around serving guests with nibbles. Light instrumental piano notes lent a dreamy feeling to the air and the only noisy corner was a group of young boys and girls who suddenly broke into peals of laughter.

At the centre of this group was Samar, enjoying all the attention. Mr. Kapoor had joined the group along with his champagne glass and beamed, as his son held the group in raptures.

But Mr. Kapoor’s eyes kept darting towards the door, from time to time, as if he was waiting for some special guest to arrive. Samar wondered who it might be and his question was answered when Mr Kapoor strode towards the entrance, with a rarely-seen agility.

A tall, dark, bespectacled middle-aged man stood there with a bunch of roses. Mr. Kapoor went up to him eagerly and accepted the bouquet.

The man patted Mr Kapoor’s shoulder and spoke something in his ear. As Mr. Kapoor turned to beckon Samar, a shy dark boy stepped up from behind that man.

“Samar, meet my boss – Mr. Pillai- the owner, founder and Managing Director of Pillai Industries. And this is his son – Venu. You must be knowing him, right? He has joined your school last month.”

Samar’s face turned as blue as the ambience, seeing the small shy personality of pure gold standing in front of him.

Inspired by the true story of Mr. Narayan Murthy and the simple way of life which he and his family leads, as described in some of the interviews of Mrs. Sudha Murthy.

This story was written as part of the Writer’s Gym program open to those who complete Short Story Writing Workshop.

8 thoughts on “The Little Prince”