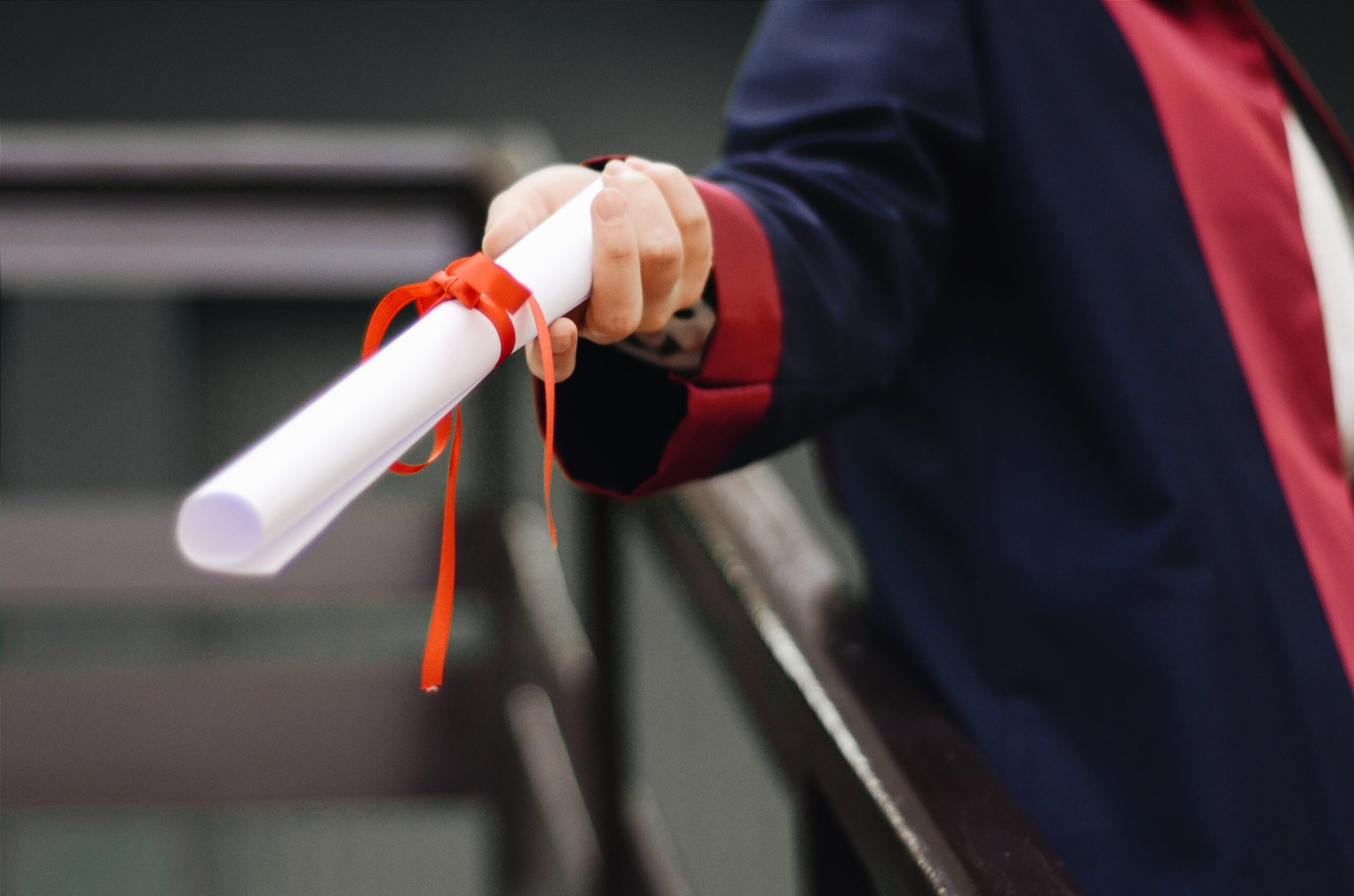 Priya made herself comfortable, gazing out of the window, as she leaned against her over-stuffed backpack. Amazing how much junk one can accumulate in just 2 years…  and how tough it is to leave stuff behind. It had been quite an ordeal, to drag all that luggage into the compartment and find space for it. And it didn’t help that the seat was in a general second class coach.

She heard familiar voices outside. Neha and Malini walked by, in their faded blue jeans and tucked-in fitting tees with stylish Nike shoes.

She didn’t feel like drawing their attention. Kicking off her sandals, folded her legs.

“Kaaapiiiii !” cried the man outside. She fished out some loose change and leaned out to collect her fix of caffeine.

Rohan came by. He was the only other person in her compartment, seated a few coupes away.

“All ok?” he asked. “I’ll try and get my seat changed once everyone is in”, he offered.

“It’s fine”, she replied. His crush on her and her turndown in the last few weeks on campus had made things a little awkward between them.

As the train started, some relatives of her co-passengers landed up as well. They had RAC tickets it seemed and were happy to just hang around. The whole group looked like a simple but large family. ‘Rellies’, she labelled them and pulled out her book to prevent conversations.

She felt a nudge. Aunty, seated next to her in a simple cotton saree,  was offering her a snack.

“Train journeys make you so hungry isn’t it”, she said.

Priya shook her head politely and smiled as an afterthought.

She realised that the family had adjusted themselves so that a girl sat in front of her and besides her, something her parents would be very happy with.

It was quite warm, and the breeze from the train fan was probably deflected by the various overhead bags and people sitting on the top berth. She ordered a veg thali for dinner. In a bit, Neha and Malini came looking for her, led by Amrit and Prashant.

“Are you ok, Priya,” Neha squealed seeing the  large group of rellies.

“We are planning to get some special kebabs at the next station.” She clambered out over the various legs and joined them on the steps of the compartment. The wind ruffled through their hair.

“Can’t believe we have to spend two nights in this train” said Malini.

“Wish there were a direct flight,” she pulled a face. Priya was quiet. She couldn’t afford a ticket in the AC coach. Where was the chance of a flight ticket. Oh well, she thought.

She wanted the next day to zip past. To enable that, she had her book open, to drown out the raucous conversations around her. Her friends quickly tired of trekking to her compartment and she felt almost like an invader going to theirs.

She politely declined the multiple offers for food from the rellies and weakly responded to a few enquiries about herself. She was envious of Malini and gang.  Anyway, there were just four passengers per coupe in second AC and they had managed to exchange seats, so that the friends were all together. Escaping the popular pastime of scrutiny from their co-passengers.

Her low-grade irk built up with every hour. The heat, the dust and the oily food compounded her misery. By night she was completely wired up. She hated her life, her poverty, her co-passengers.The smallest squeal from the kids was now irritating her no end. Even water had to be sipped carefully on a train (who wants to keep using the sad loos!)

She couldn’t wait to reach home the next morning.

Once I join my new job, I swear, I will never travel like this!

Priya recalled the stories – innocently shared by her parents. -about how they had walked, instead of taking rickshaws, to support her education. It made her feel terribly guilty…. She dozed off, curled in an awkward position, dreaming of a luxury rickshaw with satin seat covers and lemongrass fragrance…

The train jerked to a halt.  It was 2 am and she didn’t need to check her watch because 5 voices were chattering about it, all around her. Lights came on and many heads peeped out to see if they could find anything. Conjectures of robberies, murders and suicides on the track were already being discussed animatedly.

She took a deep sigh but didn’t realise how loud it was till aunty patted her and said, “Don’t worry, we are there with you”.

There seemed to be many people outside as well, with their flashlights on.

With a loud thud, the door of the coach was thrown open and tens of people wearing red scarves trooped in.

“Probably goons”, whispered aunty., as she moved in protectively. More and more people were pouring in. It soon became clear that the ruffian-looking folks had stopped the train a few hours ahead of the city capital, as a part of an andolan against the government.

Soon they were everywhere. They occupied every inch of the aisle. Plonking their thailis and potlis,  they made themselves comfortable.  There was no space to move.

Gosh, at least I have a berth to sleep on.

The train remained stationary yet Priya managed to fall asleep. Dawn broke and a buzz of restlessness swept through the crowd.

When Priya stirred, she was pleasantly surprised to see that the rellies group ensured she had a safe passage to the loo.  She came back and the aunty gave her some water.

By and by the overhead packs came down and aunty pulled out a big box of parathas. The smell of pickle wafted in the air and Priya realised how hungry she was. Aunty handed over a paper plate with paratha and pickles to her in a matter-of-fact, easy way – as she did to the others – and the uncle across the aisle pulled out his flask.

He had filled it with tea at the last station and now, little paper cups with kadak chai were passed around. Priya looked closely at the people who had come in. They looked tired and restless.  Uncle started talking to them and they started sharing their woes about some new labour laws that were making it difficult for migrant labour to work in farms.

Aunty pulled out more parathas and silently handed them to the labourer, Kaloo, sitting closest to her. His eyes shone with gratitude as he kept two and passed the rest around. He wolfed the food down and wiped his hands on the dirty angocha.

Priya remembered that her job interview with a national retailer had been about this exact law, and she started speaking with the person next to her. Animated discussion followed, people shuffled around, more snacks were pulled out, some logic and counter-logic was placed.

“No one listens to us or talks to us… they just make these laws and say it’s for our benefit.”

Priya felt a surge of sympathy for these folks who were living the life she had known only through news reports.

The company she was going to join had plans to ensure better conditions for the labourers and her heart swelled with pride, even as it broke hearing Kaloo’s story about his daughter back home, whom he met only twice a year.

It was nearly eight hours later that the train gave a small, promising jerk and then another.  A hurray shot through the coach and everyone started eagerly counting the stations left, as they zipped past them. The sounds of the train provided a beat to the folk songs sung by the labourers.

Before they knew it, the train started pulling into New Delhi railway station. The coolies ran along the train but before she could hail one, Kaloo pushed him away. “Nahin didi, hum rakh denge saamaan apka”.

She found herself in a long hug in her mom’s arms. Her parents had been waiting for half a day, worried sick with the news of the train roko that had come on the television. As they collected her bags, Rohan walked past her with Neha, Malini and  a coolie. He must have moved into their coach in the night.

Malini rushed to her and hugged her.

She cried, “I was so worried about you!! We locked our coach from inside but we had no water or food”.

Priya smiled. She knew that for her, this journey had been as valuable as the two years spent on campus. The lettering on her degree said – in gold emboss  – Priya Rao, MBA.

While life was actually all about ‘rellies’.  Or empathy and teamwork, as their OB professor would say. But no one ever took seriously…

Priya squeezed Malini’s hand and said, with full sincerity, “All the best and do keep in touch.”

She waved a final goodbye to aunty, to Kaloo and the rest of the gang. Feeling light and free.

The world with all its gifts and challenges awaits. And I am ready to own it.

This story was written as part of the Writer’s Gym program for participants of my short story writing workshop. It was edited by Rashmi Bansal.