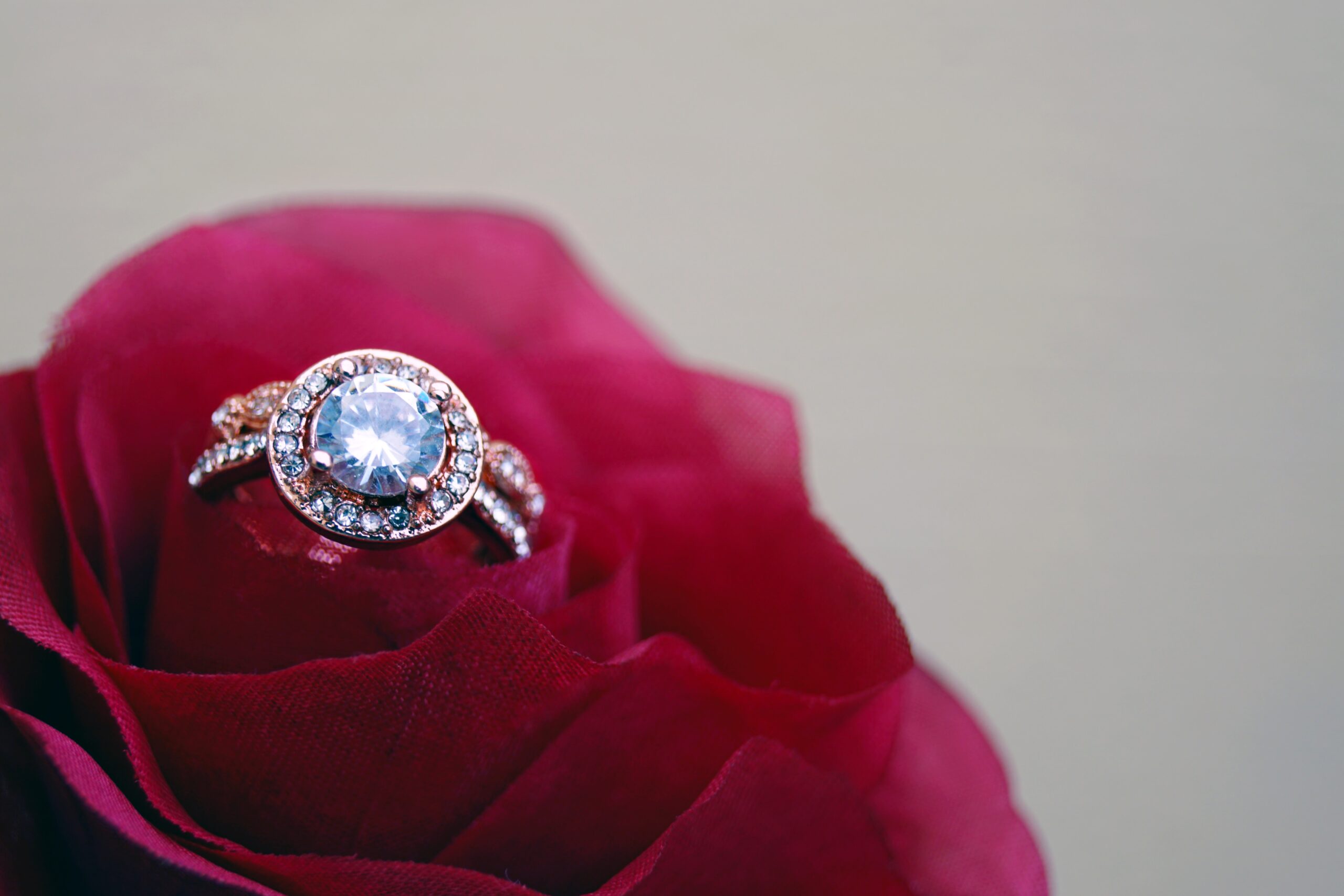 Ramya was standing in the queue to buy milk. The queue was not long but still, the salesman took a long time with every customer. The cold weather coupled with the wait was irritating but Ramya had no option. She badly needed a cup of filter coffee.

Ramya had recently shifted to Kalkaji, a suburb in Delhi after her transfer from Chennai. Pulling her shawl closer, she replayed her mother’s call that morning. It was all the usual stuff like ‘did you eat properly’ and ‘how is the new job’. And then, of course, her favourite topic.

“Are there any unmarried South Indian boys in your office?”

Ramya replied, “Amma, there is a Sardar in the next cubicle. He often smiles and seems interested. What do you say?”

Ramya was used to it by now – she was 35 and still single. While her friends were getting hitched, she had been busy getting a doctoral degree in chemistry. It had taken more time than necessary, thanks to her  khadoos guide at Madras University.

Now, her mother and grandmother were desperately trying to find a suitable match. If the boy looked good, the horoscope did not match. A few proposals didn’t go through as even the birth stars didn’t match. No one bothered whether the boy and girls’ views matched.

The drama of the boy coming to see her was irritating for Ramya. The only thing she liked was the bajji and kesari (snacks and sweets) made for the occasion. Draped in a Kanchivaram saree, she was supposed to feign shyness and sit quietly.

When she looked at the boy continuously for a minute, many of them put their head down. One prospective groom winked at her which made Ramya laugh out loud. That was a big spoiler as the boy’s parents couldn’t stand it.

The usual questions about whether she could sing, dance, and cook irritated Ramya. She felt like asking ‘what can the boy do’? On the few occasions she tried to sing, she had to stop halfway, seeing the facial expression of the boy and his parents.

To add to the fun, her mother told umpteen lies about Ramya’s culinary skills. She would casually tell the groom’s family things like ‘my daughter makes excellent vathakuzhambu (a type of sambar) and vazhakkai podimaz (a subzi made from raw banana).’

“What I will do if I get married and I’m asked to make all these dishes??” Ramya wondered.

Her grandmother justified this tactic with a quote: ‘to get someone married, a thousand lies are pardonable’.

She even confided to Ramya, “I was the one singing from the kitchen while your mother was lip-syncing during her match-making.”

But nothing seemed to work. Ramya remained unmarried. Sadly, Ramya never met anyone and fell in love, even though it was approved by her grandmother after all the futile attempts for an arranged marriage.

“Ramya, your transfer order to Delhi has come”, said Ramanathan, her boss. “Do you want me to try to get it stalled?”

Ramya didn’t know how to react. The prospect of going to a new place. far from the sweltering heat of Chennai was appealing.

Ramanathan added, “Since it’s with promotion, it would be better to go and try for a transfer later.”

Ramya decided to go. It took some time to convince her mother and grandmother but eventually they agreed. A close relative had a one-room apartment in DDA flats, Kalkaji which was a Godsend boon.

Kalkaji was not a posh locality, with Chittaranjan Park dominated by  Bengalees on one side and Govindapuri, a partly slum area, on the  other side.  But the simple surroundings made her feel  at home and besides, it was close to her office in Nehru Place.

Days passed by in adjusting to the new environment. She slowly gave up wearing a saree and switched over to salwar kameez. Her mother frowned at her pics but her grandmother loved them.

“I would also love to wear Punjabi dress,” she said, wistfully. The prospect of paati wearing a salwar made Ramya split with laughter.

One evening Ramya was attending Durga Pooja in Chittaranjan Park. She had been invited by Mr. Mukherjee, a senior colleague from her office. Ramya liked him a lot and used to call him uncle. The place was crowded, with dazzling lights and wild chatter. Mr. Mukherjee had told her that she should not leave without having the khichdi prasad.

Ramya was getting bored. Suddenly, Mukherjee uncle turned up with another middle-aged gentleman.

“Ramya, meet my nephew, Nikhil Banerjee. He is with the Delhi B(V)idyut Board. His office is next to ours. He is not married although he cooks well”, said Mukherjee with a wide grin.

“Nikhil, this is Ramya, my colleague. You know she is a doctorate in Chemistry.” Mukherjee moved away leaving the two of them to chat.

Ramya didn’t know what to say. She replied, “I am a vegetarian’.

Banerjee continued, “You have never eaten fish? I just can’t believe that there can be someone who doesn’t eat fish. ”

Banerjee continued talking about Calcutta, Durga pooja, and his house in Howrah. Ramya was struck by Banerjee’s innocence and friendliness.

The next day, while moving towards the canteen, she saw Banerjee standing outside.

Ramya smiled at him and said, “Come, let’s go for lunch”.

Banerjee hesitated, saying, “I have fish in my tiffin box. Will it be okay?.”

They started meeting regularly for lunch. At times, she saw Mr Mukherjee in the canteen but it looked like he was happy with the friendship developing between his nephew and Ramya.

Slowly, Ramya realised she was thinking more and more about Nikhil. She would see a shirt in the shop window and think ‘this would look nice on him’. Or she would be having a dosa for tiffin and wish he was there to enjoy it with her.

One day when Ramya was absent from work, Nikhil went to the canteen, as usual. He opened his lunchbox containing his favourite fish curry but felt no desire to eat.

That day, Nikhil called her mobile. “Ramya, can we meet at the Blooms ?”.

Ramya replied, “Sure, what’s the occasion?”

Nikhil fumbled,” I want to tell you something”.

Sharp at 7, Nikhil was waiting at the Blooms, well dressed up. Ramya walked up to him. They both entered and sat at the table already reserved by Nikhil. The menu card came. Ramya took, ordered a veg clear soup for herself, and a fish cutlet for Nikhil.

There was an awkward silence. Both were looking at each other and then at other things around. Ramya started fidgeting with the spoon. Nikhil took out a small jewellery box and said, “I have brought this ring for you. Hope you will accept.”

Ramya’s heart was beating wildly but with a straight face she asked that question, which had always been on the tip of her tongue.

Without batting an eyelid, Nikhil replied, “No, but I will learn it for you.”

Ramya grinned and stretched out her left hand.

Later that week, Ramya’s mother was heard boasting to a relative about the wonderful match her daughter had found.

“He is a Bengalee but you know, the horoscopes are matching perfectly.”

The pandit they found online had been willing to make adjustments. Wasn’t it paati who said, ‘to get someone married, a thousand lies are pardonable’!

P.S. Happy Valentine’s Day to all!

This story was written as part of the Writer’s Gym for short story workshop participants. It was edited by Rashmi Bansal.

11 thoughts on “A Suitable Boy”